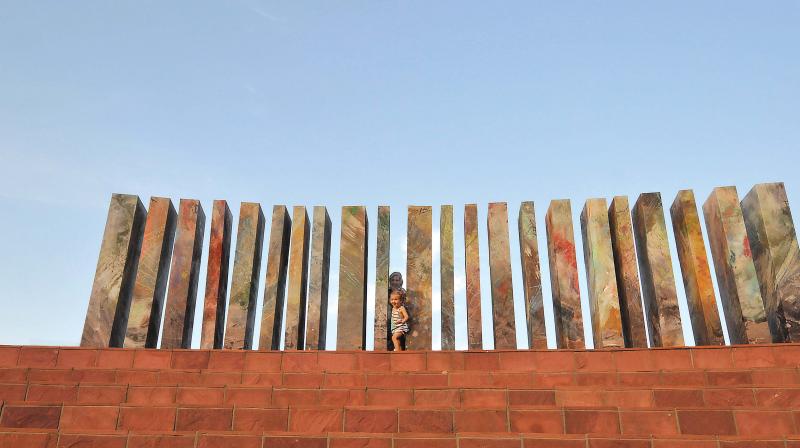 At first glance, it looks like a charming piece of ceramic art: a casual fisherman or an emperor in miniature diorama. These tableaux, or sometimes abstract coloured porcelain pieces, with their meticulously detailed textures and finishes may look like innocent clay exhibits. It’s only after you spot rugged clay, ceramic grog and swathes of glaze that you realise what’s going on. The artist and architect Adil Writer creates art that humanises the life and stories that are usually constrained to the colours on a canvas hung on a wall.

“I feel sorry for the paintings that are destined to spend their lifetime as canvases hung on a wall,’’ he says.

Adil did not just chance upon the idea of blending ceramics, clay and colours. Born to an avid traveler and artist who specialised in oil paintings, his mother Piloo used to carry back home, ceramic pieces from all over the world. Last year she decided to start giving them away and Adil brought back several of these from Bombay to Auroville. He uses them in his current works.

He is now realising his dream of a Storybook in Clay at his studio Mandala Pottery in Auroville. “I take small segments and parts of these sculptures and I weave a story out of them, building up on the found objects and weaving ceramic tales!”

The large barcode, titled the Transformation Series, that he recently showed at the UB City Mall at Art Bengaluru, was a set of 21 objects, each nearly seven feet tall, spanning twenty feet across, forming an imaginary barcode. He calls this process as painting with unfired clay. “I like the colours I get on canvas with acrylic paint, which I cannot get in fired clay. The texture that comes out of using clay in paint on canvas, is highly tactile and brings the two mediums I like to work with clay and paint together,’’ Adil adds.

He has participated in two shows in Bengaluru.

Adil will be exhibiting his recent soda-fired ceramic tableaux, Bovine Vigilante and Emperor’s New Suit, at Gallery Art and Soul, at a group show Animal, Planet, curated by Shayonti Salvi, opening in Bombay on January 12. He is also planning to stage a solo show of his art works in Bengaluru in early 2019. 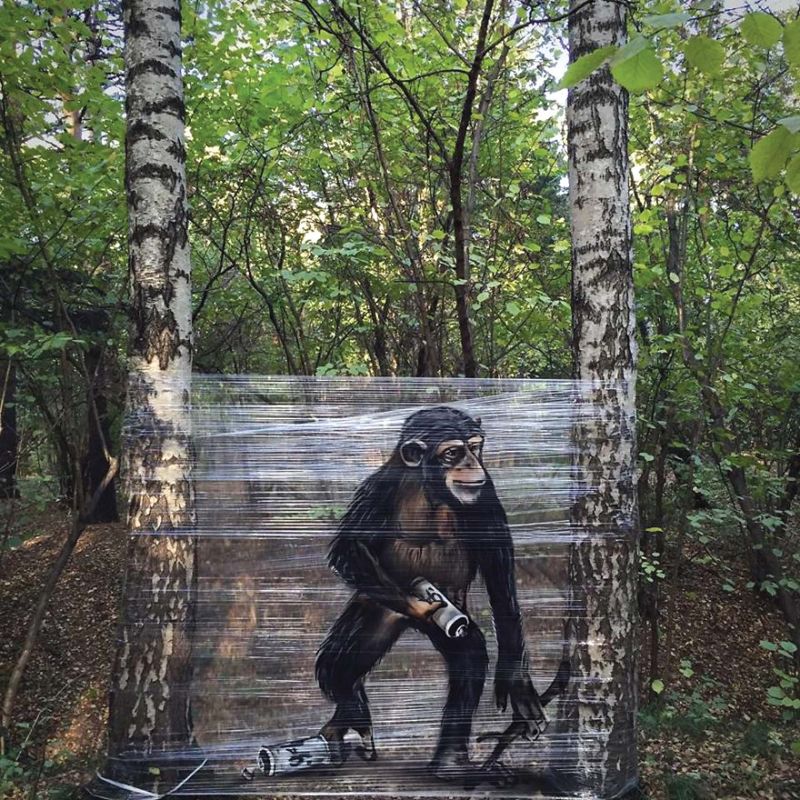 Where can you paint? In fact, you can do it anywhere you want. That seems to be the motto of Russian artist Evgeny Ches, who recently painted animals on plastic wraps against the backdrop of forests. A graffiti and contemporary artist, he sprays colours on a wrap that is tied between two trees. He changes the location according to the mood of the image. And he calls the technique Cellograffiti. 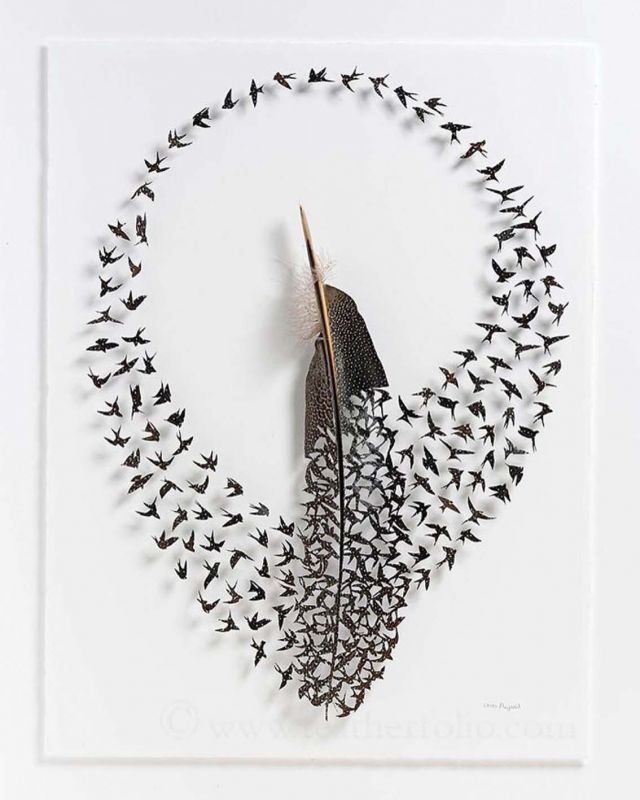 According to Chris Maynard, scissors and scalpels are not just meant for surgeries, but also for carving images out of feathers. Made using real feathers, each piece is backed with transparent elements to keep it sturdy. He doesn’t paint on feathers. Whatever you see in his images are shades on the feathers. You can see birds fluttering in his works. He uses scissors and scalpels to cut the feathers. In Chris’ words, he keeps the birds alive through these shed feathers. Also, feathers signify scaling heights. So, they also symbolise hope and transformation.